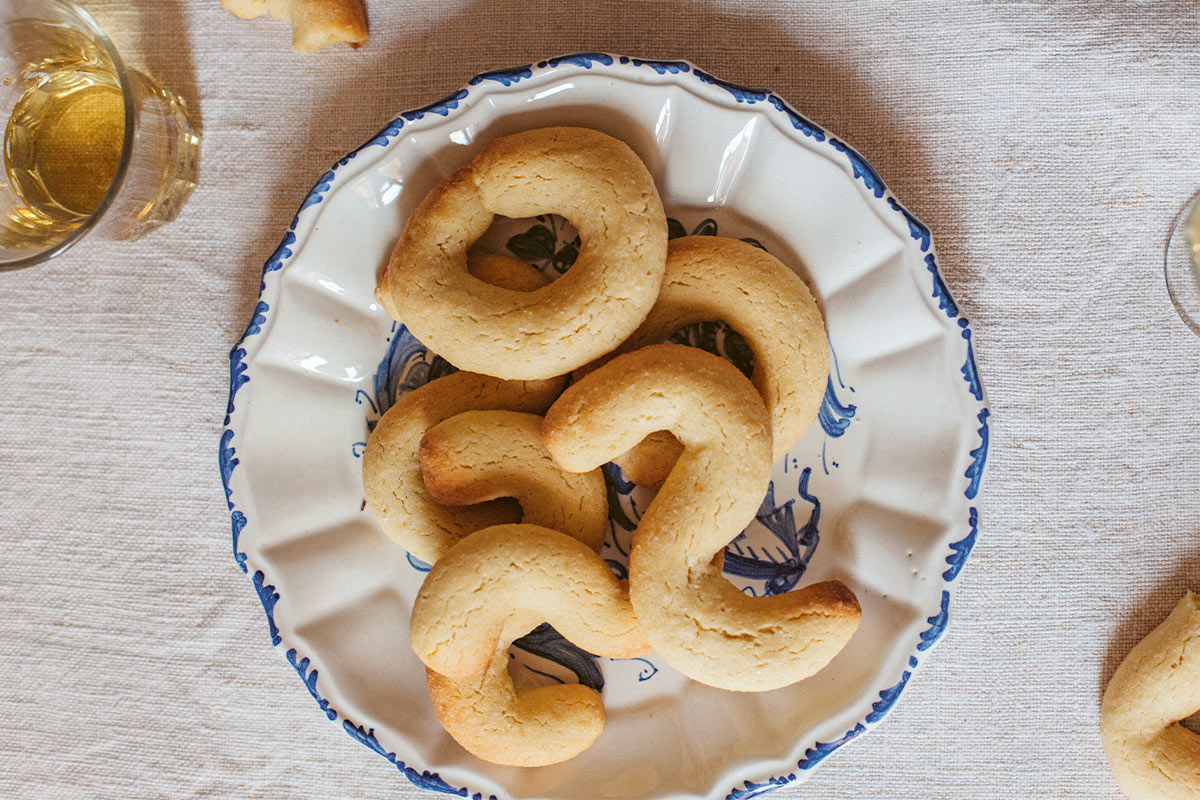 The name of these biscuits that are associated with the colourful island of Burano comes from the Venetian word buso, or buca in Italian, meaning hole. The original bussolai were made simply of bread dough (water, fl our, yeast and salt) and shaped into the characteristic ring and baked, after which they could easily last three months if kept well in a biscuit tin – no wonder, then, they were the preferred snack of the mariners and fishermen from Burano.

These beloved, long-lasting bread rings were eaten by all Venetians (they are also known as buranei, or buranelli, referring to their origins on the island of Burano), as they were eventually prepared by the bakeries run by Serenissima apparently as early as the fifteenth century. They took the place of regular fresh bread during meals and were dipped into wine.

But bussolai today are usually in the form of sweet biscuits, rich in egg yolks, buttery and sweet (a recipe for bussolà in the fourteenth-century Libro per Cuoco written by ‘a Venetiancook’ describes a baked good somewhere between a bread and a biscuit, with eggs, salt, flour and honey). They can still be found in rings, but also in an S-shape, according to some stories, at the request of a restaurateur on Burano, which made them easier to dip into small glasses of sweet wine – these esse-shaped ones have since become more popular.

Carol Field has a recipe for buranelli in her brilliant book The Italian Baker, where her irresistible introduction reads, ‘Close your eyes and picture the water stretching away from Venice, past the palazzi and gondolas on the Grand Canal, and think about finding your way to the island of Burano that lies beyond Venice, where these S-shaped buttery cookies are made’. She creams 125 g (4½ oz | ½ cup) soft, unsalted butter with almost double the amount of sugar and five egg yolks, perfuming the batter generously with 2 teaspoons vanilla extract and the zest of two lemons, adding fl our and salt and shaping into Ss. It is quite similar to the way they are made at Cantina Do Spade, an excellent bàcaro near the Rialto market, which is where I have adapted this recipe from.