Baltic cuisine may not be one that everyone is familiar with, however, Estonia, Latvia, and Lithuania are three countries experiencing new energy and interest in their food scene. Baltic by Simon Bajada celebrates this often overlooked cuisine with traditional dishes from each country and adapts them to create nearly 70 delicious recipes suitable for home kitchens all over the world. Featuring a combination of traditional and contemporary dishes from Baltic cuisine, the recipes are striking while also being achievable. The 'Chilled Beetroot Soup' is one such recipe. 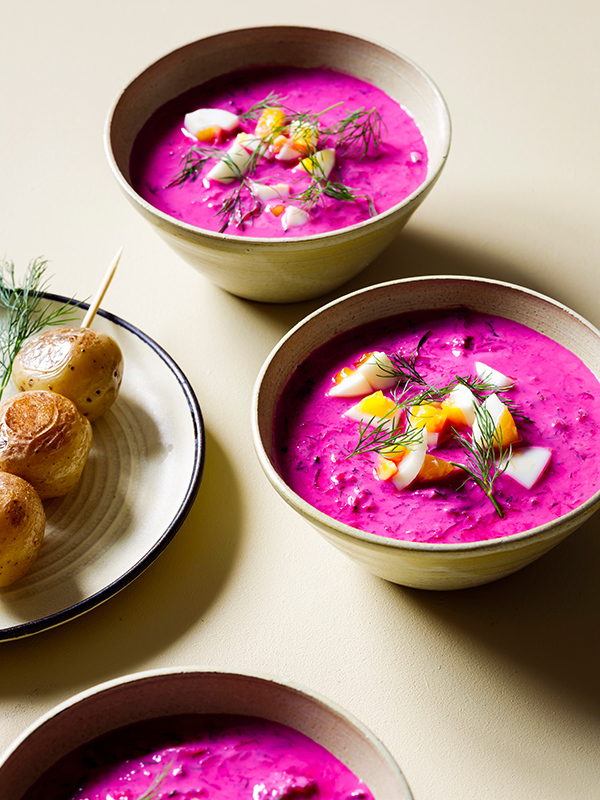 This recipe, which was particularly popular in Soviet times, is currently experiencing a revival. Given its striking look and refreshing ﬂavour, it’s easy to understand why – on a hot summer’s day it rivals the renowned gazpacho and simply can’t be beaten.

I ﬁnd it interesting how this dish epitomises the ﬂavour proﬁles of the region: the earthy yet natural sweetness of the beetroot paired with the sour milk, which is adored and so frequently used; the fresh, watery cucumber; the horseradish used as a substitute for chilli … it all adds up  to a dish that typiﬁes the cuisine, though not in the heavy, wintry way you might expect. You can also really play with the quantities of these ﬂavourings to suit your taste – personally I ﬁnd that the horseradish  lends it another dimension and a generous amount of lemon juice makes it particularly delicious.

In Lithuania it is customary to serve this soup with potato. To do the same, boil 500 g (1 lb 2 oz) baby potatoes in salted water until a knife easily pierces them (around 10–15 minutes, depending on size). Drain, then pan-fry in 1 teaspoon vegetable oil until golden brown. Season with salt, thread onto skewers and serve on the side of the chilled soup. 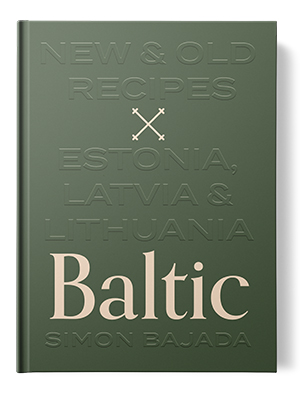