The Hardie Grant guide to finding a book for a Dad of any kind!

Father's Day is fast approaching so we have made things a little bit easier for all you last minute shoppers by putting together a list of books where you are sure to find a gift that is just right for your Dad. 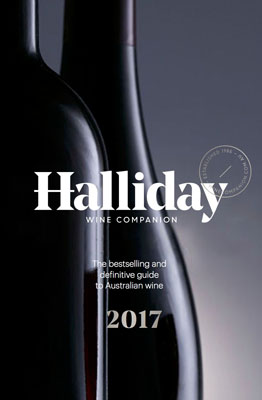 Keenly anticipated each year by winemakers, collectors and wine lovers, the Halliday Wine Companion is recognised as the industry benchmark for Australian wine. The 2017 edition has been completely revised to bring you up-to-the-minute information. In his inimitable style, Halliday shares his extensive knowledge of wine through detailed tasting notes, each with vintage-specific ratings and advice on optimal drinking as well as each wine’s closure, alcohol content and price. 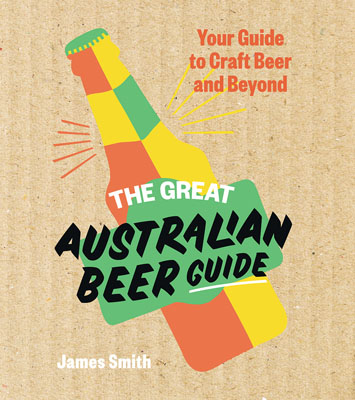 Regardless of how much you know about beer or what you like to drink, this all-new 2017 edition of The Great Australian Beer Guide is sure to have something to please your palate – whether you’re looking for something familiar or wanting to expand your beer horizons. Join beer expert James Smith in his never-ending quest to discover Australia’s best breweries and beers, from lagers, pale ales and IPAs to Belgians, barley wines and other oddities. The Great Australian Beer Guide is perfect for anyone who has ever enjoyed a pint. 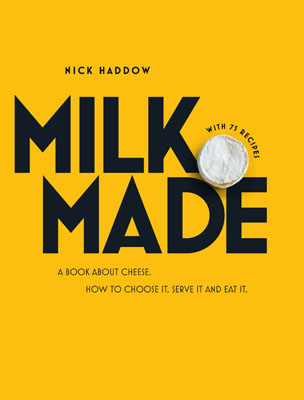 If cheese is your thing, Milk. Made. is for you. Nick Haddow celebrates the centuries-old traditions of cheesemaking and reveals how they are being applied in new ways today. Nick worked around the world before settling in Tasmania and started the acclaimed Bruny Island Cheese Co. In Milk. Made. he shares his knowledge of making, serving and storing cheese at home, as well as 75 recipes that celebrate cheese in its myriad glorious forms. Accompanied by photographer Alan Benson, Nick also visits internationally renowned cheesemakers in Australia, France, the UK, Switzerland, and the US interviewing some of the most inspiring cheese connoisseur’s from around the world. 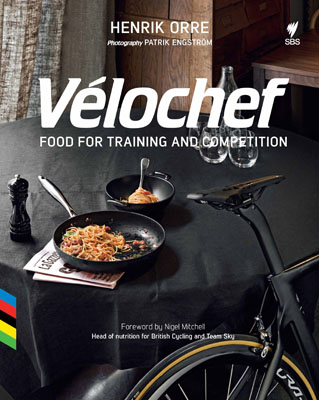 In Velochef, chef, Henrik Orre, has combined his passion for great food with his love of cycling. Here are 80 delicious and nutritionally balanced dishes for cyclists and anyone who trains and competes – and of course for all those who just love good food! In three sections Henrik has included recipes suitable for before, during and after training or competing. It’s food that is tasty and easy to cook, often with a surprising twist. The recipes include nutritious ingredients and are specially designed to meet the needs of athletes during competition and recovery. 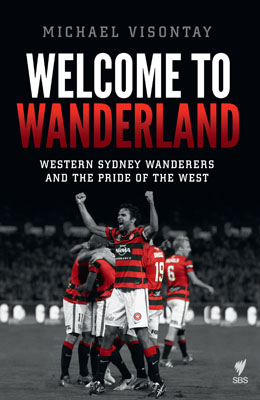 Western Sydney Wanderers have achieved a combination of football success and civic pride that redefines sporting passion in Australia. To their fans, the Wanderers are much more than a club. They are family. In four short years, the Wanderers have reached three grand finals and won the coveted Asian Club Championship. Through this remarkable honour roll, the club has given the people of western Sydney a new pride in where they live. Welcome To Wanderland charts the club’s dramatic journey on the football field and off, through interviews with key players and officials, and the fascinating stories of its supporters. This book salutes the power of football, the passion of fans and the way sport has transformed a community. 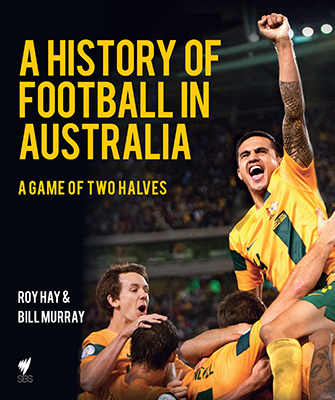 Roy Hay and Bill Murray’s lively and provocative account traces the history and development of football in Australia. The authors tell the story of a sport they have loved and followed all their lives, and shed light on the important role football has played in some of the  nation’s most important topics: immigration, integration, and an evolving national identity. 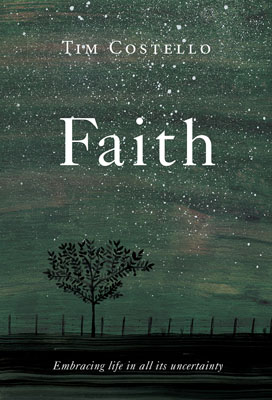 Faith is an important message of hope and reconciliation — as well as an invitation to think about the many soul-searching events that challenge belief. Tim Costello, who is a respected speaker on social justice issues, points us to an inclusive faith, bringing people from across the spectrum of society together. In this thought-provoking collection he gives us reason to pause and consider our world from the myriad perspectives of others as he meditates on the importance of true faith to humanity, regardless of religion. Tim Costello is one of Australia’s leading voices on social justice and global poverty and has been instrumental in ensuring these issues are placed on the national and international agenda. 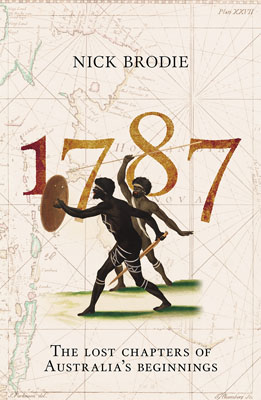 For over 200 years Australia’s official history has focused on English colonisation with tales of British explorers and first generation white Australians navigating the vast land. But what of the millennia before the English claimed Australia as their own and wrote the history books? 1787 traces the journey of Australia before the infamous 1788 date, to explore just how ‘discovered’ the southern continent was by not only the Indigenous Australians who had lived and prospered for thousands of years, but also the sailors, traders, fishermen who had visited our shores. This is a bigger history of the rise and fall of empires, the shifts in global economies, and the impact on Australia. 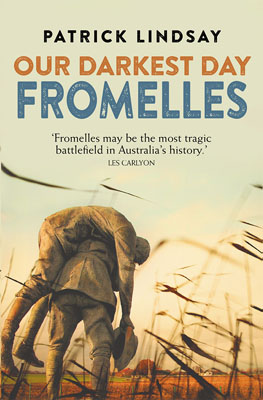 One hundred years ago, on 19 July 1916, in the French village of Fromelles, Australia suffered its worst ever military defeat when a British officer ordered 15,000 of Australia’s best and bravest to go ‘over the top’ and attack the German lines. Eight hours later more than 5,500 Diggers lay dead or wounded – the equivalent of all Australian casualties from the Boer, Korean and Vietnam wars combined. Many of those who died disappeared from the official record, their fate remaining unknown for close to a century. In this evocative and enthralling retelling, Patrick Lindsay takes us back to the killing fields of northern France. 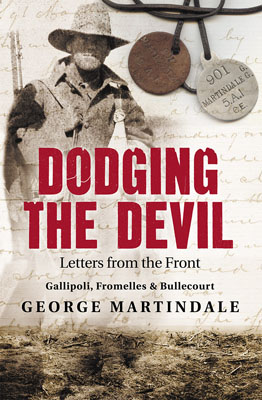 In 1914, George Martindale enlisted for the war in service of Australia. From the very beginning, George wrote home. His military experience took him through some of the most notorious battles of the war; he was sent to Gallipoli and fought in the battle of Lone Pine - eventually being evacuated when the troops were pulled out. He was sent to France where he was a part of the Fromelles battle, where in one night more than 5000 Australian soldiers became casualties. His letters tell his story beginning with the excitement of signing up and sailing across the world to fight the enemy to world weary having seen so much death and destruction. Dodging the Devil reveals the real-life story of Gallipoli and Fromelles. 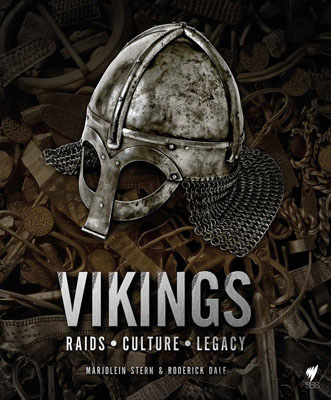 Apparently condemned to a marginal existence in the remote wastes of Dark Age northern Europe, the Vikings burst onto an unsuspecting continent with extraordinary consequences. Shedding new light on the Viking Age in an accessible and vivid manner, the book examines their gods and belief systems, their technological advances, their extraordinary levels of craftsmanship, and their remarkable self-belief. Vikings provides a compelling portrait of a world decisively shaped by the Viking initiatives and imperatives. 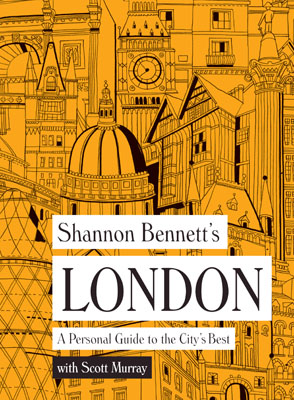 Shannon Bennett, one of Australia’s most highly acclaimed chefs and owner of Vue de Monde, takes you on the food adventure of a lifetime as he explores one of the world’s great cities. Together with writer Scott Murray, Shannon provides a no-holds-barred perspective on the English capital’s dynamic restaurant and hotel scene. From Michelin-starred gastronomic temples to neighbourhood restaurants and from luxury hotels to rooms with a view, this highly personalised handbook will fire your appetite for planning your own dream itinerary. 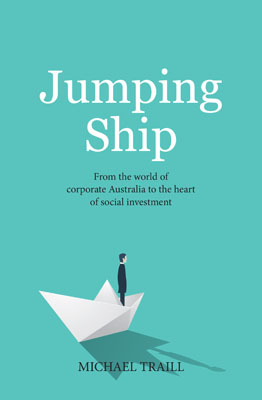 In Jumping Ship Michael Traill tells the candid and inspiring story of the journey that took him from a modest small town in Morwell to the millionaire’s factory and then on to founding a unique Australian non-profit success story. This led to being a key architect, along with a group of financial high-fliers, who found a way to run a multi-million dollar business devoted entirely to the creation of social good rather than profit. In the process they were at the forefront of addressing social disadvantage and reshaping the Australian non-profit landscape. Michael brings the rigour and hard-headedness of the world of finance to the world of philanthropy and social entrepreneurship. 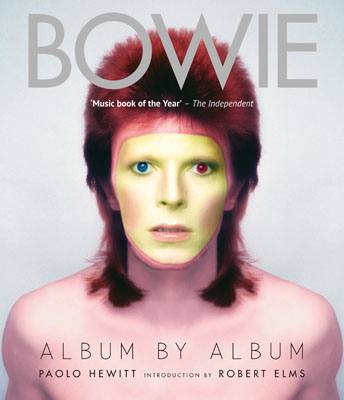 There will never be another David Bowie. THE artist for our times who many fans have found hard to let go after his shocking and sudden death earlier this year, he was a true innovator and musical genius. Bowie: Album By Album is an examination of all of his 27 studio albums since 1967 up until the final, astonishing album Blackstar. His albums have both reflected and informed contemporary culture. Through glamrock, rock, pop, blue-eyed soul, jazz and electronica, there are few genres he hasn't played with and even fewer that he hasn't left his fingerprints on.