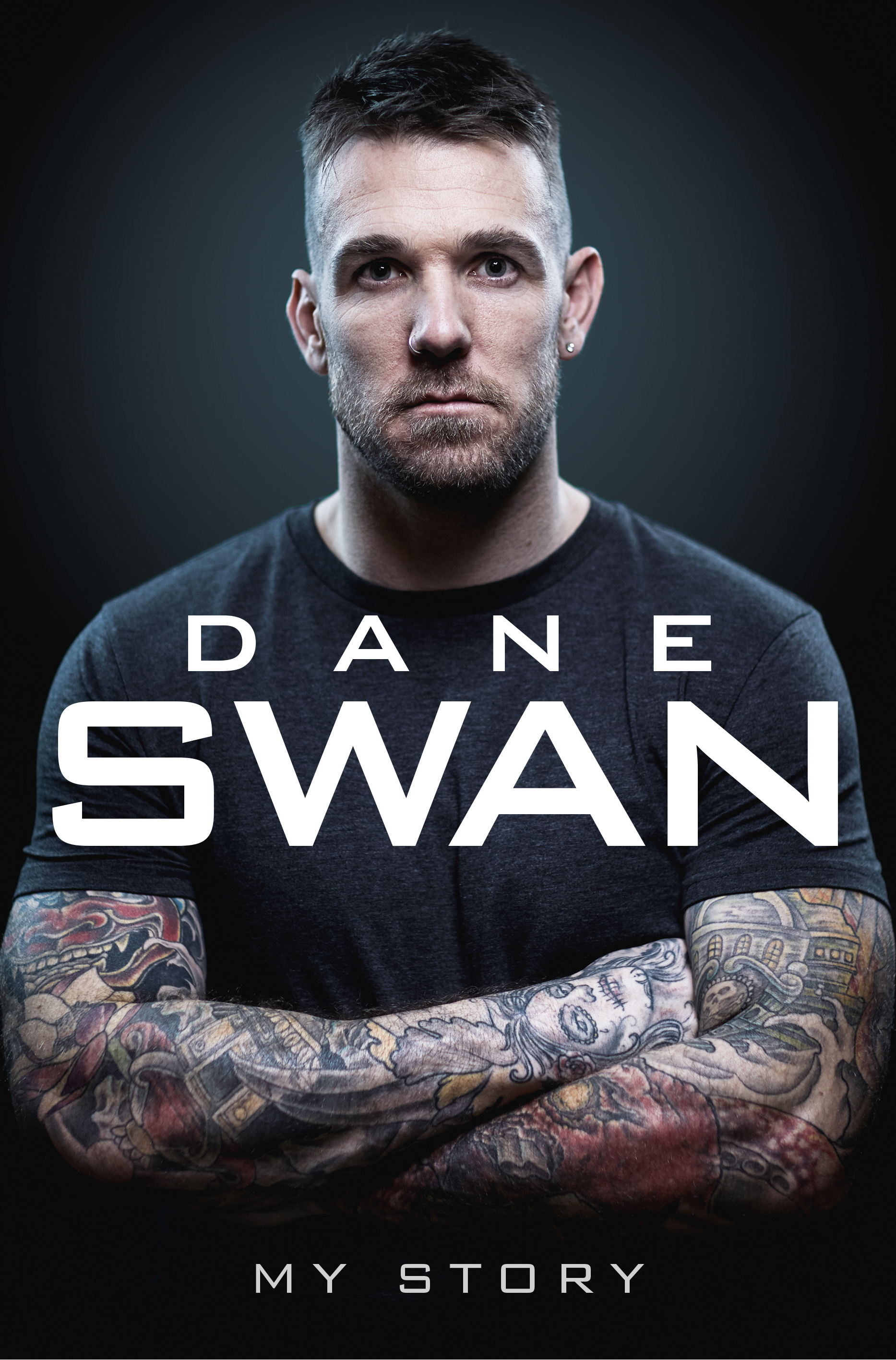 I was never a rev-up type of guy before the game. I preferred to wander around and talk to my teammates about anything but the game, because my style was to switch on at the bounce of the ball, deﬁnitely not beforehand. So before the game, I would be chatting about what had been on the TV, what plans we had for the night, and I was no different that day, even though it was a grand ﬁnal, my ﬁrst as well.

Collingwood was the favourite, having ﬁnished on top of the ladder and then moving comfortably through the ﬁnals series, but we respected St Kilda with their heavy pressing and their zoning in defence. They put so much pressure on the ball that you would bang the ball out of your own defence, but Sam Fisher and Sam Gilbert would be sitting there to mark it. They were extremely well coached by Ross Lyon and they were disciplined, hard to score against and difﬁcult to move the ball against, and they had a few superstar players like Riewoldt and Lenny Hayes and Brendon Goddard who we needed to be mindful of. Riewoldt had kicked three goals in each of their two ﬁnals, and been important to both wins. I knew that Clint Jones, their tagger, would come to play on me, and possibly Farren Ray, too.
I had a tough day, not my best, although I laid a bunch of tackles. At one point I tried to break the tag by going to play on Goddard, who was having a huge game for the Saints, and that worked okay for a period. We were 24 points up at half-time and playing terriﬁc footy, and I guess that we probably thought that we had it done, but of course, it is a grand ﬁnal, and anything can happen, especially if you take your foot off the gas.

St Kilda came back at us, and we kicked 0.5 in the third quarter, a bout of poor conversion that really cost us, and the margin was only eight points at three-quarter time. They had forced a situation where the game was being played in their style, and we were not able to break the shackles, and Lenny Hayes had been outstanding through the middle, and Goddard, too.

Nineteen minutes into the last quarter Goddard climbed onto the back of Harry O’Brien in the goal mouth to take the mark of the grand ﬁnal, converted with a kick from close range, and St Kilda was in front for the ﬁrst time all day. Goddard ran back to the middle punching his chest, and for the ﬁrst time in that game, I thought, We are in big trouble here. It was scary out there, and our backsides were twitching, for sure!

Soon afterwards Maxy took a huge intercept mark between half-back and wing on the Great Southern Stand side. He kicked it forward, Brent Macaffer dropped it to the top of the square, and there was a marking contest where Heath Shaw almost pulled it in. Chris Dawes grabbed the footy while he was actually sitting on his backside on the deck, cleverly handballed to Travis Cloke, who turned around and kicked the goal from right in front to put us back in the lead.
But the drama was only beginning. We were a point up, and time was running out when Lenny Hayes grabbed the footy at half-forward for St Kilda and kicked it around his body towards full-forward. And what happened next is really weird, because every time I see the footage on television – and we have all seen it a million times – I get a little knot in my stomach, a pang of anxiety I suppose it is, even though I know exactly what happens in the end.

My great mate Benny Johnson is at the contest with his opponent Stephen Milne, a guy who loves a goal, a really dangerous player. Johnno is in front but it bounces past the pair of them, leaving Milne goal side and potentially running on to the footy to kick the matchwinner for the Saints. If that ball bounces straight, we are most likely dead. I am back on the wing watching it, and it’s all in slow motion, the way it unfolds.

Milne props as the Sherrin hits the turf, and then it bounces hard right in front of him and dribbles through for a behind to level the scores. Phew!

If Milne had kicked a goal there, the Saints would have been ﬁve points up. There were 90 seconds of playing time left, time enough for us to get another goal, but not much time against a team that could defend like St Kilda. No wonder I ﬁnd it hard to watch that vision nowadays.
It was a remarkable last quarter, as hard as you would ever get playing footy. We could not force another score as the bodies ﬂew into contests, and when the siren went, I was right there around the footy on the members’ wing.

I swear, out in the middle of the MCG with 100,016 people in the house ofﬁcially, plus the others who were smuggled in, you could have heard a pin drop, it was so surreal. No one knew what to say or do. A few guys ventured, ‘This is crazy.’

We had played a draw with Melbourne that very year, but this was the strangest feeling, because going into a grand ﬁnal, the last thing that enters your head is that you might have to come back again. Which is exactly what we were confronting. Collingwood 9.14 (68) to St Kilda 10.8 (68) was the scoreline, just the third draw in VFL–AFL grand ﬁnal history and the ﬁrst since North Melbourne and Collingwood could not be separated in 1977.

Interviewed on Channel Seven, Maxy stood up as skipper even though he was spent, and made a point about the fact we had to come back for a replay in a week: Oh mate, I don’t know if we’ve ever seen 44 blokes go to war like we just did then. That was amazing. It’s probably going to take this for the AFL to change the rule because it’s an absolute joke. There’s no way it should be decided after another game. Blokes come in for a win or loss, and that’s what we should be leaving with.

There was no getting around the fact that we were coming back in another week, and to make matters worse, we were told there had been a big sewerage leak in our dressing rooms, and we had to wait for quite a while, then make our way to the old rooms in the Great Southern Stand, where the AFL had quickly set up an area for us to shower and change.
One thing is for sure: that situation will never happen again, because the AFL has declared that in future drawn grand ﬁnals, there will be extra time played so that a result is reached. But right then and there on 25 September 2010, we were dazed and confused, as they say. We had no clue what to do next.

This is where Nick Maxwell was such an outstanding captain. As the players milled around in those awful, old, disused rooms trying to ﬁnd our bags and ﬁgure the whole thing out, he walked around the group patting heads, and he said something profound: ‘Boys, how awesome is it to get to play and win a grand ﬁnal next week. What an opportunity.’

Until that very moment, I can assure you that no one was thinking like that. We were all dirty that we hadn’t secured the result we wanted, and there was the logistical nightmare of the situation. For instance, I had bought three tables of ten people at the post-grand ﬁnal function at Crown Palladium at $3500 a table, I had booked city hotel rooms and organised alcohol for what we hoped would be the celebration of another Collingwood ﬂag.

To enter the draw to WIN 1 of 5 signed copies, please visit our Facebook page here.