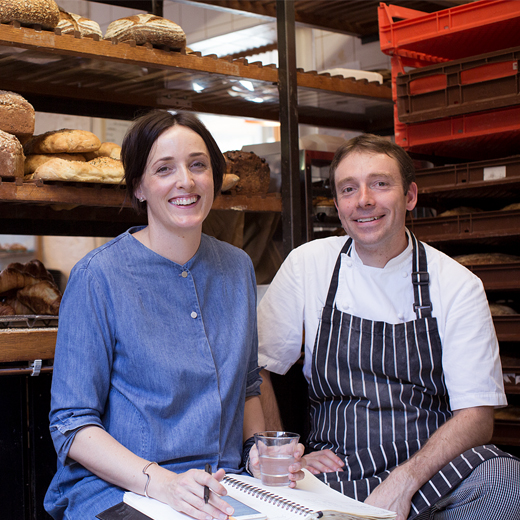 Michael James is an accomplished chef and baker who grew up in Penzance, West Cornwall, before moving to London, where he met Pippa over the pass at the two-Michelin starred restaurant Pied à Terre. They moved to Australia in 2004 and opened the Tivoli Road Bakery in 2013. After garnering a loyal following for their bakery in Melbourne and beyond, and writing their first book together, The Tivoli Road Baker, Michael and Pippa sold the business to focus on new opportunities. Together they are committed to sustainability and remain active members of Melbourne's baking, grain growing and milling community. In 2019, Michael set up the bakery at Alla Wolf Tasker's Dairy Flat Farm in Daylesford. He consults internationally and runs regular baking classes. As well, he and Pippa are scouting for a location to establish a new bakery in Melbourne.