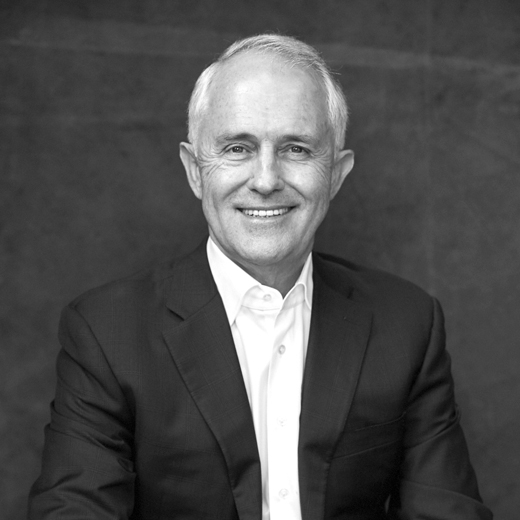 Malcolm Turnbull was educated at Vaucluse Public School and Sydney Grammar School, before graduating from Sydney University with a BA LLB. He won a Rhodes Scholarship and completed a further law degree at Oxford. During and after his studies at Sydney University, Malcolm worked as a journalist with The Bulletin, 2SM, TCN 9 and the London Sunday Times. After a successful career in journalism Malcolm began practising law in 1980. He quickly established a reputation as an effective advocate, most notably when he successfully defended former MI5 agent Peter Wright against the British Government, in the 'Spycatcher' trial. Malcolm left law for business in 1987 where he has since been responsible for the establishment and success of many Australian businesses. In 1997 Malcolm was elected to attend the Australian Constitutional Convention. He led the republican case in that convention and in the subsequent referendum.

At the Federal election on 9 October 2004, Malcolm was elected as the Member for Wentworth. Following a leadership ballot in September 2008, he was elected by his colleagues to lead the Liberal Party as Leader of the Opposition, a position held until 1 December 2009. Malcolm was the Minister for Communications from September 2013 to September 2015. He was elected the leader of the Liberal Party and Prime Minister on 14 September 2015 and was re-elected as Prime Minister of Australia at the Federal Election on 2 July 2016, leaving Parliament in 2018. Malcolm and his wife Lucy live in the eastern suburbs of Sydney and have two children and four grandchildren.