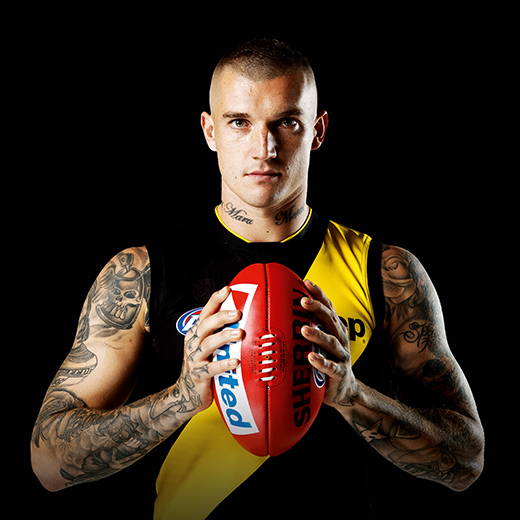 Dustin Martin has been a fixture in Richmond's line-up since his debut in 2010. After becoming a household name in his first few seasons, he began working with Ralph Carr (RCM Sport) and he became more focussed on his career. In 2016 Martin won the Jack Dyer Medal as Richmond's best and fairest player, along with his first All-Australian selection.

In 2017, Martin had an individual season which was described by AFL legend Leigh Matthews as the greatest ever by an AFL/VFL player. Martin won the league's highest individual honour, the Brownlow Medal, with a record 36 votes, as well as the Leigh Matthews Trophy, the AFL Coaches Association's Champion Player of the Year, his second All-Australian selection, a premiership and the Norm Smith Medal as the best afield in the 2017 AFL Grand Final, among other accolades. Martin became the first player to win a Brownlow Medal, premiership and Norm Smith Medal in a single season. He then capped off his season by winning the Gary Ayres Award as the best player in that year's finals series, along with his second Jack Dyer Medal.

Dustin Martin remains an all-time favourite with fans, a quiet achiever who is committed to playing football at the highest level.