Immersive media is creating new ways to interact with brands, news and stories. Here are some pioneering examples.

In a cluttered world filled with many forms of media all vying for our attention, it’s hard to find a way to stand out (in all the right ways). So how do we do so in a way that is gripping for our audience and in a world that is less trusting than ever?

We know the importance of good interactive storytelling, and that the way you tell a story or spread a message can make all the difference. We’ve listed some of our favourites below, reinforcing that regardless of the topic, platform or medium used, storytelling is an important as ever.

Newspapers have had to dramatically change in order to stay relevant in today’s world. Once it was a given that we’d all open our daily newspapers – whether that was over brekky or, god forbid, on a packed train (no one misses that aspect of a broadsheet).

Now it’s considered the height of decadence to treat yourself to a copy of the paper over a lazy brunch. From paywalls to pay-per-view, to those ghastly pop-up ads that absolutely everybody detests, news outlets had to find another way to share their stories. Thankfully, they did.

In 2012, The New York Times released an interactive article, Snow Fall: The Avalanche at Tunnel Creek, combining maps, images, texts, slideshows and aerial video to bring together an immersive experience that we’d never really seen before from articles – and definitely something that wasn’t possible with a regular newspaper. It went on to win the 2013 Pulitzer Prize in Feature Writing and a Peabody Award, and was widely praised as “the future of online journalism”. 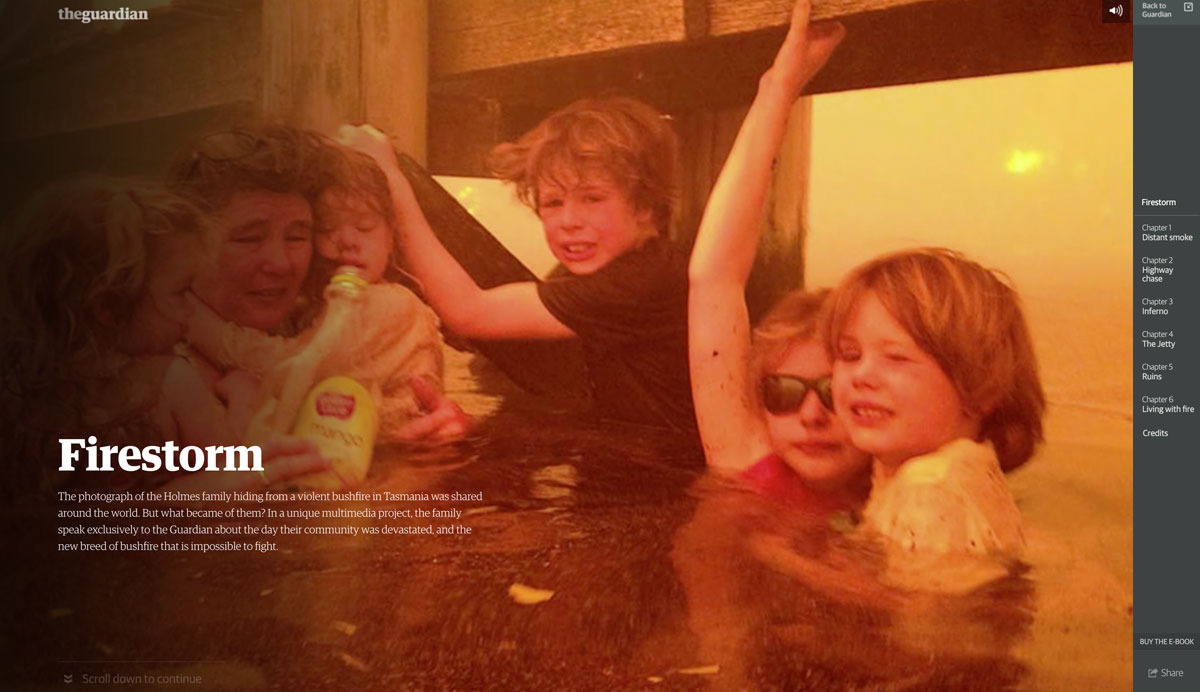 Then, in 2013, not to be outdone by its American counterparts, The Guardian released Firestorm, a harrowing account of the 2013 Tasmanian bushfires. While clearly inspired by The New York Times piece released a year earlier, Firestorm utilised a number of multimedia aspects that made it distinct – most cleverly, the use of video documentary and ambient sounds, to create a complete, immersive experience.

While news outlets may still be struggling to compete with the plethora of news available online (verified or not), exciting forays into the use of multimedia like these examples show the importance of high-quality journalism, and the impact it can have when paired with with new technology.

A new spin on traditional advertising

Hands up if you’re sick of being bombarded by messages on your daily commute? Whether it’s billboards, bus ads or those mind-numbing videos that loop again and again, it seems impossible to escape advertising if you’re travelling by public transport.

This is where Sweden’s Emotional Art Gallery decided to do things a bit differently. In 2019, Clear Channel Scandinavia, an outdoor advertising agency, teamed up with Stockholm’s metro to create an immersive art experience across more than 250 digital billboards. With research showing that Stockholm residents were more anxious than other Swedes, the initiative aimed to help combat commuter stress.

Using algorithms that determined the mood of commuters – through Google searches, social media, news articles and travel traffic information – the billboards would then change to one of six pieces of artwork, dependent on if the general mood was sad, anxious or tired.

While we may not have access to complex algorithms, or hundreds of digital billboards at our disposal, examples of ingenuity like this show how interactions with advertising and media can bring value to consumers.

Thinking outside of the (flatpack) box

Does anyone else remember the joys of picking up the latest IKEA catalogue, a thick slab of a magazine that provided endless suggestions of wittily pairing a Billy bookcase (a staple for any discerning household) with their latest Scandi-offering? Well, IKEA has managed to out-do themselves, with the release of their virtual reality app, IKEA Place, released in 2017. 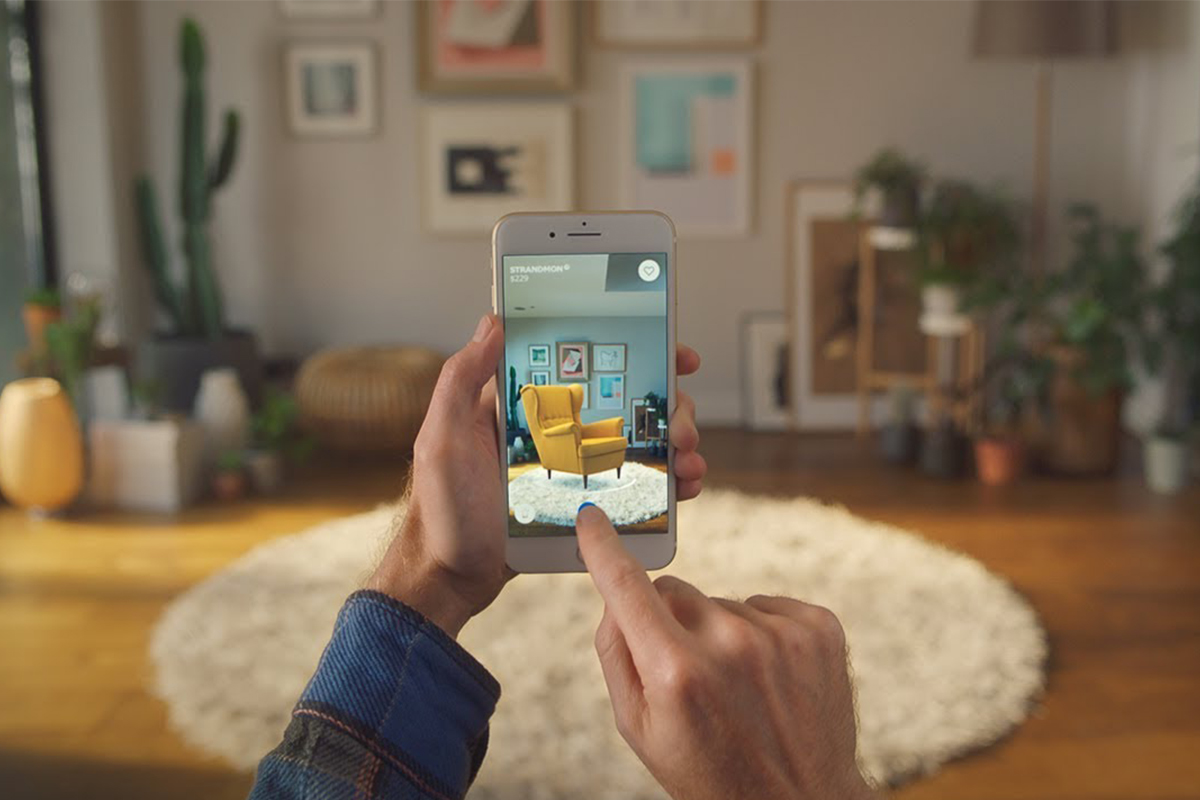 Instead of straining your brain to visualise whether or not that chandelier would look good in your one-bedroom apartment, the augmented reality app allows you to see how the store’s furniture could actually look like in your current-day home.

After downloading the app, simply scan your chosen area (which has a 98% accuracy in the app), pick an IKEA item and voila, you can see how it would look in ‘real-time’. You can then make purchases without having to switch to the website or visit the store.

Three years on, we’ve seen that the IKEA Place app has been a success. Not only was it ranked as the most popular free non-gaming app on the Apple App Store for well over a year, but its release led to a series of copycats in the market, with brands like Sherwin-Williams (focusing on paint colours) and Lowe's (focusing on DIY) scrambling to release similar apps in the months that followed.

And though not exactly measurable, if the IKEA Place app has led to at least one less couple arguing about an incorrectly measured piece of furniture, then surely that can only mean good things for its brand image?

Interactivity in the time of COVID-19

It’s fair to say that 2020 has had its fair share of nasties, in particular when it comes to actually going anywhere other than your backyard (or balcony, in my case). Airlines have gone bankrupt, tourism bodies are scrambling to find the silver lining, and let’s not even discuss cruise companies.

Of course, hearing about the magnitude of COVID-19 on the tourism industry, and seeing it firsthand are two very different things. Stats like 30% capacity sounds like a lot, but what does that actually mean? 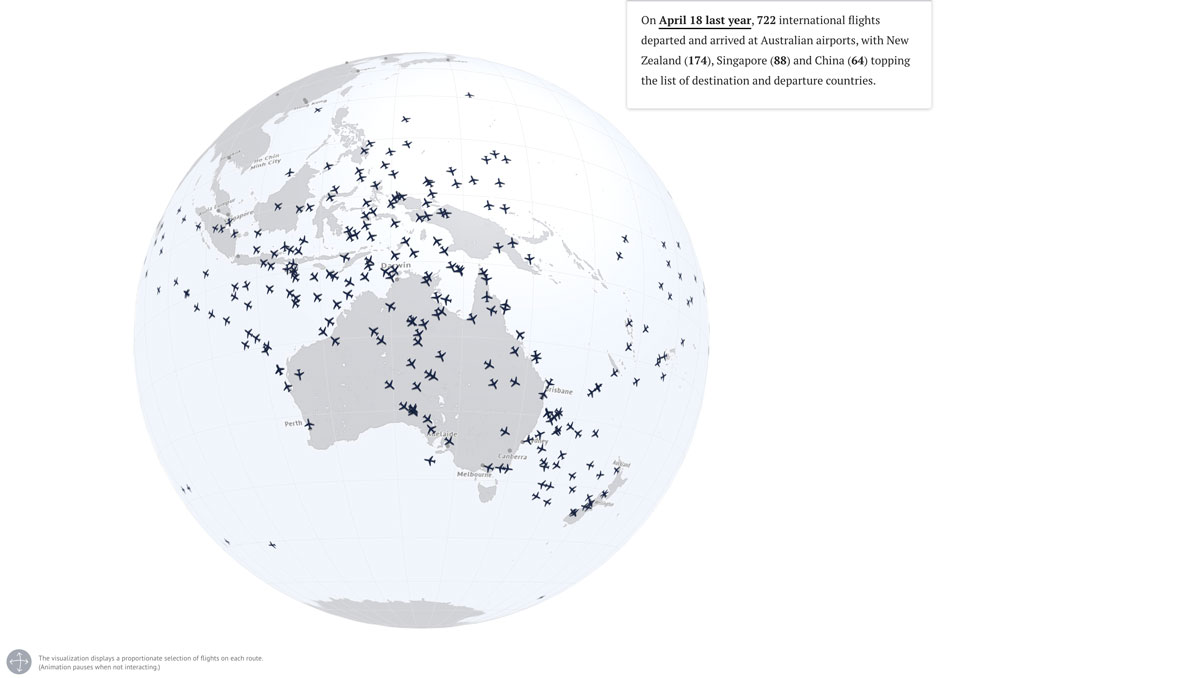 This is where The Sydney Morning Herald steps in. They’ve put together this very nifty interactive map, which shows just how much has changed for the airline industry in such a short period of time. It’s comparisons between this time last year and now are staggering. While it’s a very simple concept, it brings home the message easier, faster and more comprehensively than a simple longform article could.

On a lighter note, tourism bodies are trying new – and unusual – ways to connect with potential visitors. That’s no easy task when you factor in travel bans, few flights and the fact that most of us aren’t going anywhere anytime soon. Enter: Iceland – a country that has been known for its quirkiness for quite some time now (thanks, Björk). While Iceland has understandably kept border restrictions tight, that hasn’t stopped their tourism body from encouraging travellers to interact with them.

They’ve come up with the very novel and timely campaign, Looks Like You Need to Let it Out. The idea? Record yourself screaming and choose where in Iceland you’d like to have your scream on display. As Iceland Tourism argues, Iceland is big, vast and untouched – making it the perfect place to let off some steam (and then ideally visit at a later date).

While somewhat silly, Iceland’s ability to think laterally emphasises that in a changing world, it’s important that we all start to think a bit differently.

Want to learn more creative ways to connect with customers or consumers? Contact us today.