Before we all gorge ourselves on chocolate this Easter, let's take a look at some of the most innovative Easter campaigns.

With Easter upon us, we’re seeing quite a range of campaigns from brands around the world. Below, we have compiled some of the best campaigns celebrating Easter, chocolate and rabbits while incorporating brand awareness and key messaging. 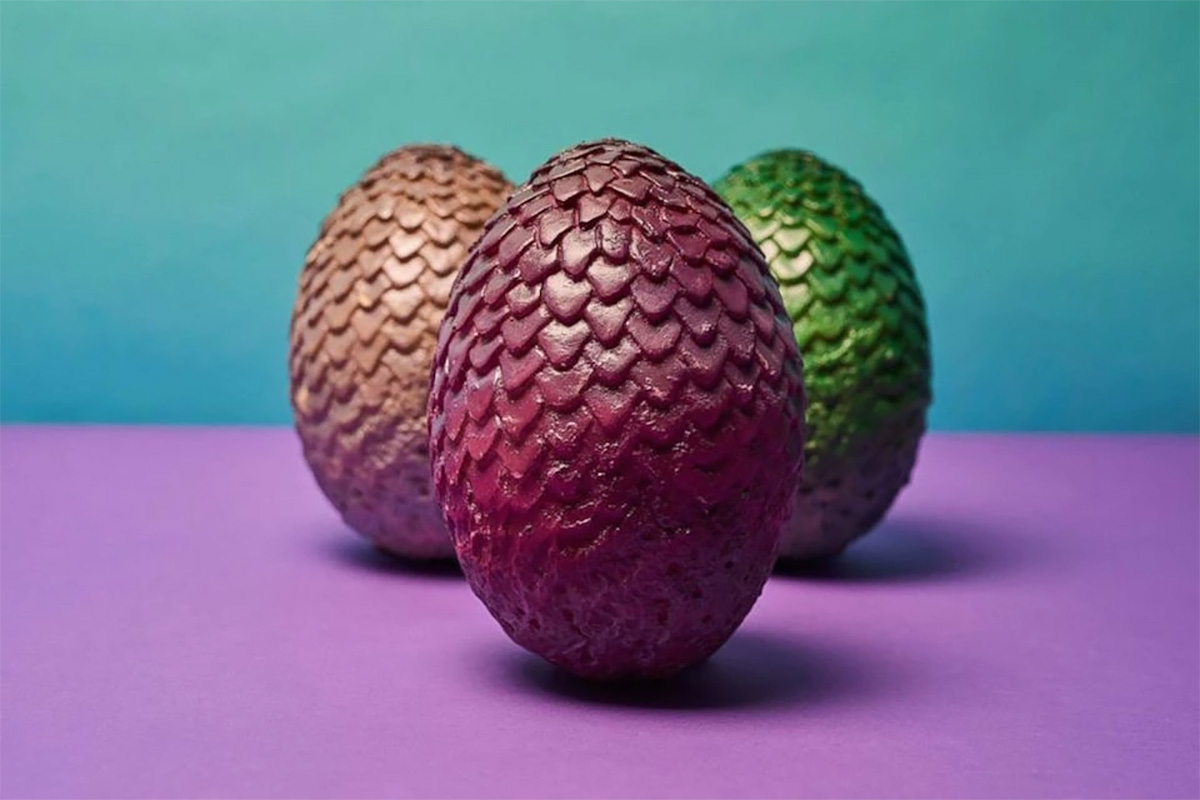 This year, Deliveroo in the UK is celebrating Easter and the final season of Games of Thrones with special chocolate eggs that are reminiscent of the dragon eggs that famously hatched in season one. The eggs weigh almost 1kg each and can be ordered via Deliveroo. They’re fair trade white chocolate and are painted green, red and purple.

This is a very clever campaign from Deliveroo. Not only does it appeal to those who love Easter, but it also appeals to those who are avid fans of Game of Thrones. Cross-marketing at its best!

Ikea is renowned across the globe for its easy (though some may not agree!) flatpack furniture. The brand decided to take things one step further this year by selling a flatpack Easter bunny to celebrate! Perfect for the creatives, this DIY bunny is sold throughout England and only costs $5.30. The rabbit is made from certified cacao from sustainable sources, which ties in with Ikea’s sustainability strategy. 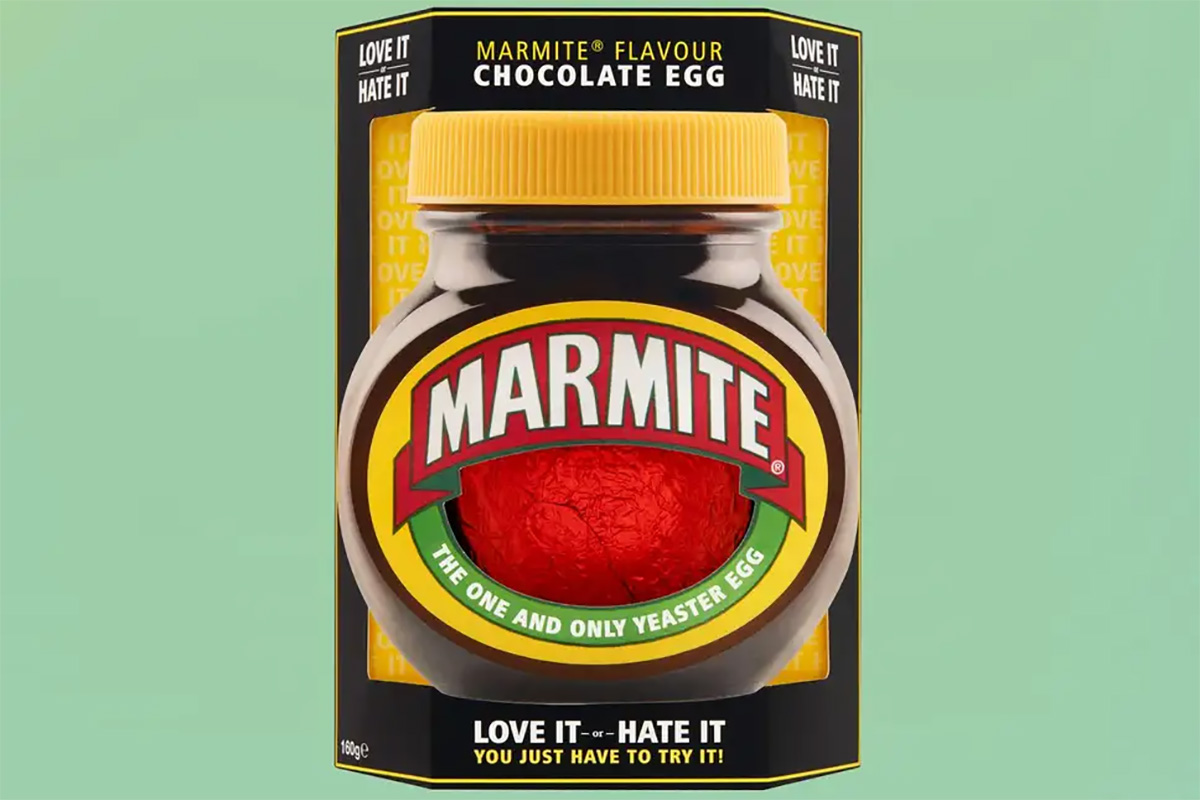 Marmite has taken a whole different approach to Easter this year by creating a Marmite-flavoured Easter egg, which even the biggest Marmite fans may have something to say about.

While this flavour is certainly not everyone’s cup of tea, it has allowed Marmite to gain further exposure in the supermarkets. Not only is Marmite in the spreads aisle, but it is also being featured in the chocolate and specialty aisles. This a smart move to increase the brand’s reach and potentially tap into a new target market. 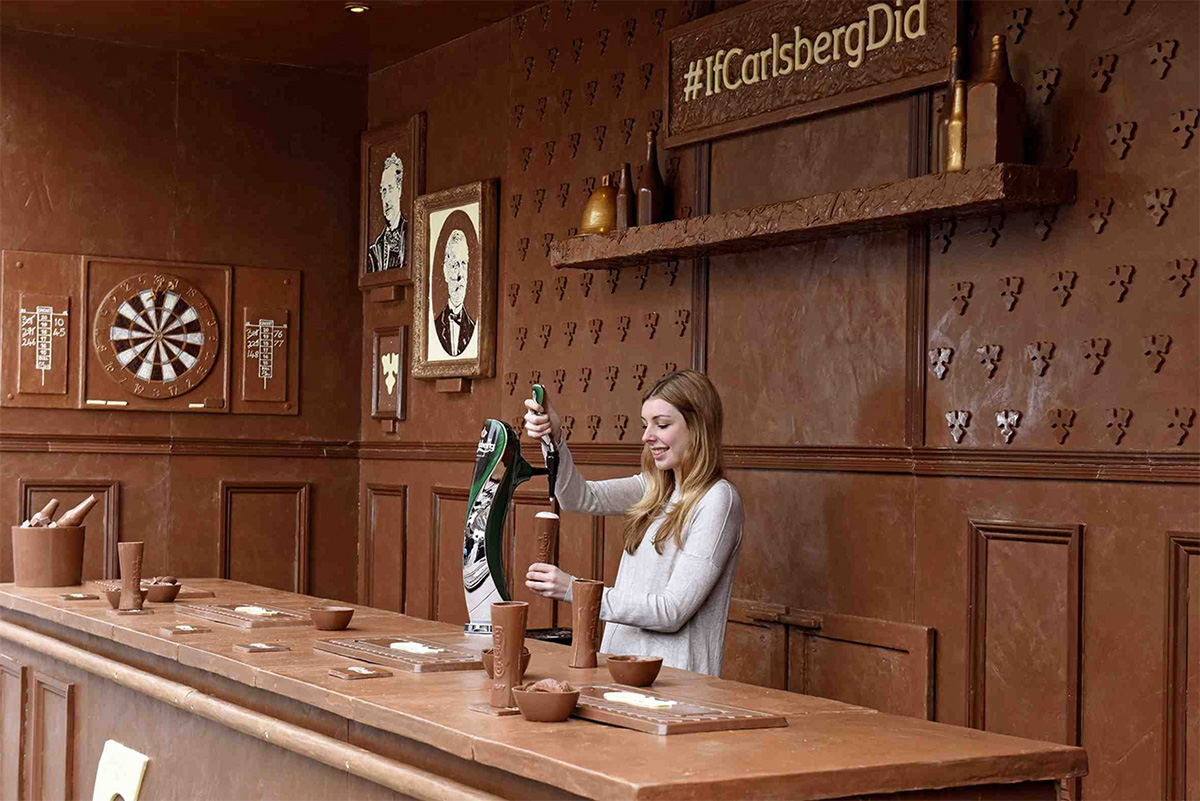 On March 26, 2016 at 12pm Carlsberg unwrapped a bar measuring three metres deep, five metres wide and two meters high, made from nearly half a tonne of chocolate! The working bar included chocolate-made dartboards, bar stools and a TV showcasing the World Cup, and served half pints of Carlsberg in a branded chocolate glass.

Creating an Instagrammable moment ensured that everyone who visited the bar would post on their social media platforms and increase Carlsberg’s organic reach – and the brand didn’t even have to pay them to do it!

Even the longest running traditions have had to keep up with the times, which is why there are now augmented reality Easter egg hunts for children. With the help of Apple’s AR kit, Recall Studios created an app that allows parents to play with their children by hiding photos of friends and family inside a virtual house along with 3D animals and objects. The child can find these objects on an AR-enabled Apple device while also searching for exciting things like the Easter bunny, baby chicks and Easter eggs.

So, whether they’re turning the yuckiest spreads into giant chocolate eggs, creating virtual Easter egg hunts or transforming food into (flatpack) art, the world’s biggest brands have got you covered this Easter!