Lessons from representing young people in the media

Half of young Australians thought they were unfairly represented in the media. So what are the stereotypes we’ve internalised, and how do they cloud our judgement when talking to or about young people in media and marketing?

Is the media a boomer? We all know the kinds of stereotypes of young people that exist in media. The lazy and narcissistic teenager who is obsessed with their phone; the naïve ingenue who is too immature to make decisions for themselves; the parasitic bludger who can’t hold down a job; the dangerous and irresponsible rule-breaker who threatens the very fabric of our society. Most of these stereotypes are patronising at best, downright negative at worst – and consistently, they are oversimplified.

A Junkee study in 2020 found that 50% of Australians aged 16-35 thought they were unfairly represented in the media. As content creators, we should be asking ourselves: what are the stereotypes we’ve internalised, and how do they cloud our judgement?

Stereotypes don’t form in a vacuum. Media representation has a major influence on the way that society and individuals perceive and treat young people. These stereotypes can also have a wider impact: alienating young people from older people and even leading to discrimination.

Yet it seems we don’t learn our lesson. Various studies made over the course of decades show the pigeonholed versions of youth that we adopt and perpetuate. The blame may shift – from rock music to television to social media – but the negativity remains.

In 1997, a survey by the Australian Law Reform Commission and Human Rights Equal Opportunity Commission found that 80% of young people believed the media never, or only sometimes, portrayed young people truthfully.

In 2004, research carried out in the UK by MORI for youth worker magazine Young People Now found that one in three youth-related articles in the examined period were about crime. Meanwhile, young people were quoted in only 8% of stories.

The Junkee study made very clear the misguided nature of our assumptions. While we tend to hang onto the rise of influencer culture and unscripted (reality) television as proof of youthful vapidity, Junkee’s results showed a much more progressive and community-minded demographic.

When asked what they care about the most, the top three answers from young Australians were mental health (72%), sustainability and the environment (71%), and gender equality (68%). At the other end of the scale, the subject they least cared about was the Kardashians (2%).

Even when we are not directly fuelling the fire, these stereotypes affect the way that we as media professionals and content marketers try to speak to young people. If we believe young Australians to be individualistic and social-media obsessed, then we miss an opportunity to connect with them on the subjects that mean something to them.

Brands try marketing to young people frequently, but it’s easy to get wrong.

Marketing to young people: when it goes right

A post shared by A Money App. That Doesn’t Suck (@meetcleo)


Marketing to young people: when it goes wrong 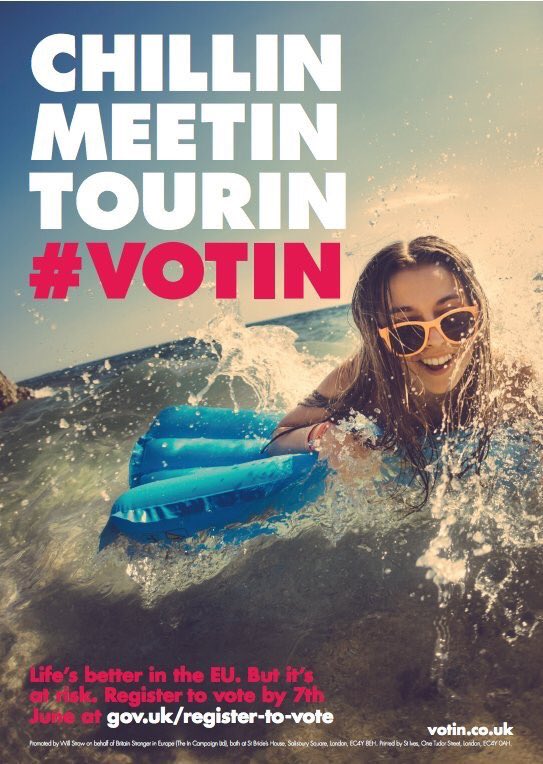 Tips on talking to younger people

Speak to them about the stories important to them. Don’t make assumptions about this – as shown above, they care about sustainability way more than the Kardashians. Authenticity is more important than ever, so If you care about something, prove it.

Leverage insights: don’t assume, do your research. Find out what’s important to your audience, and use their opinions and perspectives to inform your content and messaging.

Aim for diversity: within each age category there is a host of diversity. As always with content, aim for cultural diversity, as well as including people of different genders and sexual orientation. Aside from reflecting your audience, by including diversity you’re reflecting changing attitudes. For example, 56% of American consumers aged 13 to 20-years-old say someone they know uses gender-neutral pronouns.

Go where they are: there’s no point having an amazing Facebook strategy to reach younger Australians, because they aren’t there. Research the best way to reach the audience you want, and learn from the content they consume. The top social media platforms for Australian teens (generation Alpha, born since 2006) are YouTube, TikTok and Instagram.

Again, don’t assume you know what content works where – TikTok isn’t just about dance videos. In June 2020 the most popular hashtag on the social media app was #blacklivesmatter. TikTok works best when brands partner with established creators.

Don’t speak their language unless have permission to. People can smell a try-hard. If you’re not a young person, or don’t consume young media regularly, don’t try to speak in a way that you think they speak – you’re likely to get it wrong.

Include age diversity when possible: even if you’re not speaking directly to younger generations, consider whether it’s still relevant to include them. Young people are rarely presented in the media, and when they are, it’s usually in a negative way. How can you include young people in a positive way? For example, will the topic impact young people now or in the future?

If you’re struggling to identify who your audience is and what they care about, or how to speak to them authentically, let us know how we can help. We can partner with you to conduct research, generate insights from search, and provide some expert guidance on your creative.