How to create branded content that endures a century

How to create branded content that endures a century

Mercedes-Benz is celebrating 100 years of content publishing heritage. We look at how the brand has consistently championed content over the years.

This year Mercedes-Benz is celebrating 100 years of content publishing heritage. Yes, you read that right: for more than a century one of the world’s most admired brands has been producing branded content especially for its customers and fans. This speaks volumes about the enduring nature of custom content offerings.

Hardie Grant Media is proud to have worked with Mercedes-Benz Australia/Pacific for nearly two decades, creating high-quality print and online magazines, exclusive digital content and content apps for audiences in Australia and New Zealand. In addition, our dedicated advertising sales team delivers commercial strategies for Mercedes-Benz content. We have consistently adapted our publishing and commercial approach to suit the local market in Australia and New Zealand, but the Mercedes-Benz custom publishing strategy was already well-established overseas many years ago.

In fact, the brand’s experiments in custom publishing started in 1919 when the first edition of Daimler-Zeitung (Daimler Newspaper) appeared. That was just two months after the end of World War I and the globe was still reeling from years of warfare.

The first 20-page edition of Daimler-Zeitung shone the spotlight on commercial vehicles – little surprise considering the need for the world to rebuild after the Great War. From the very beginning the brand leveraged its expertise in innovation and technology to create timely and relevant stories that resonated with readers. 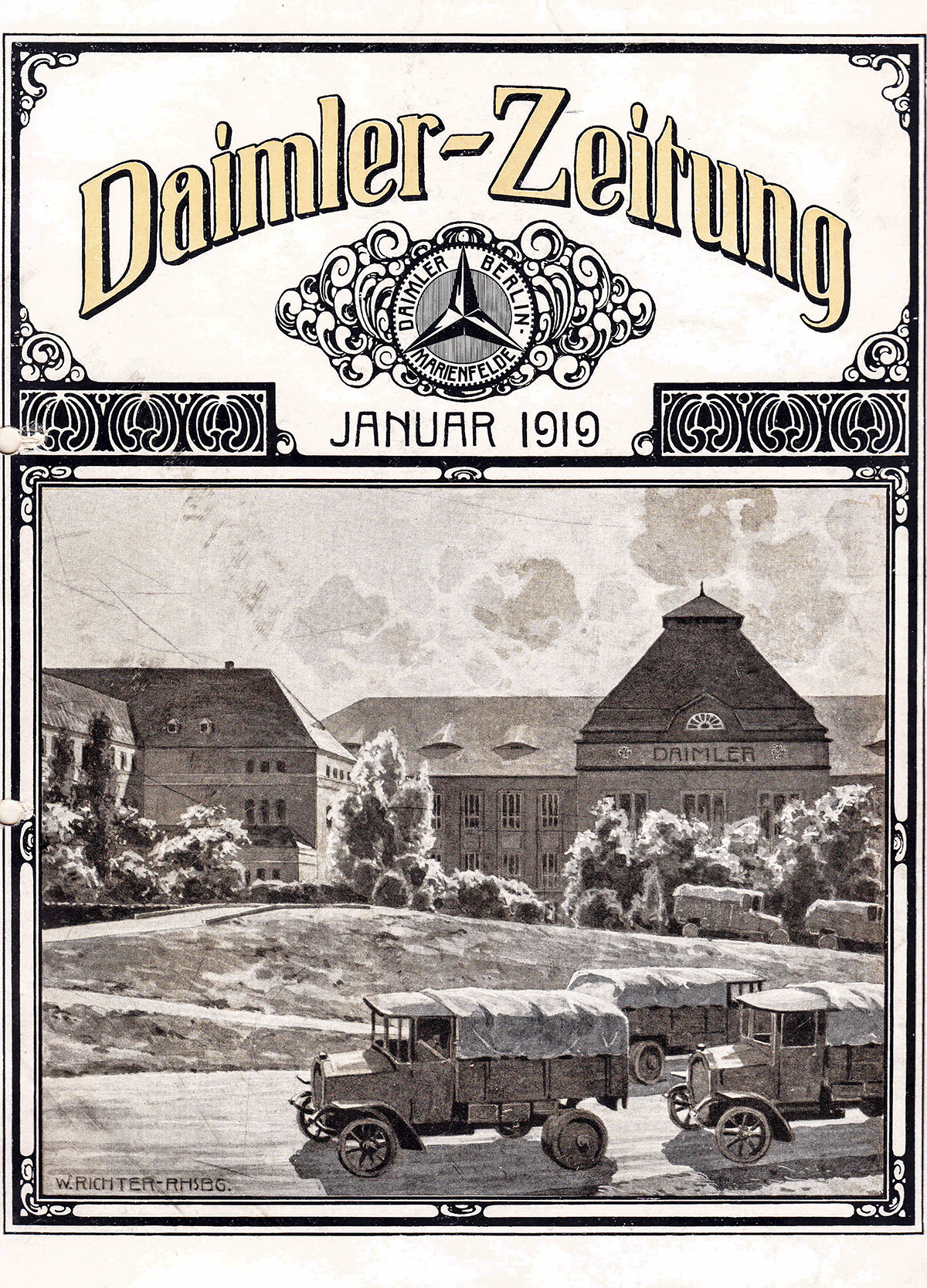 In 1919 seven editions of Daimler-Zeitung were published before regular publishing suddenly ceased. Instead, one-off magazines were published sporadically over the coming years, such as the 1924 magazine on notable Mercedes-Benz racing victories that year.

Focusing on a brand magazine

The brand’s content efforts became more focused in the mid-1950s with the magazine title Mercedes-Benz all around the world. This featured travel photography that combined Mercedes-Benz products with iconic landscapes and buildings from countries all over the globe. Issue 29 featured, for the first time, a colour cover photo, colour photos inside and journalistic-style articles. 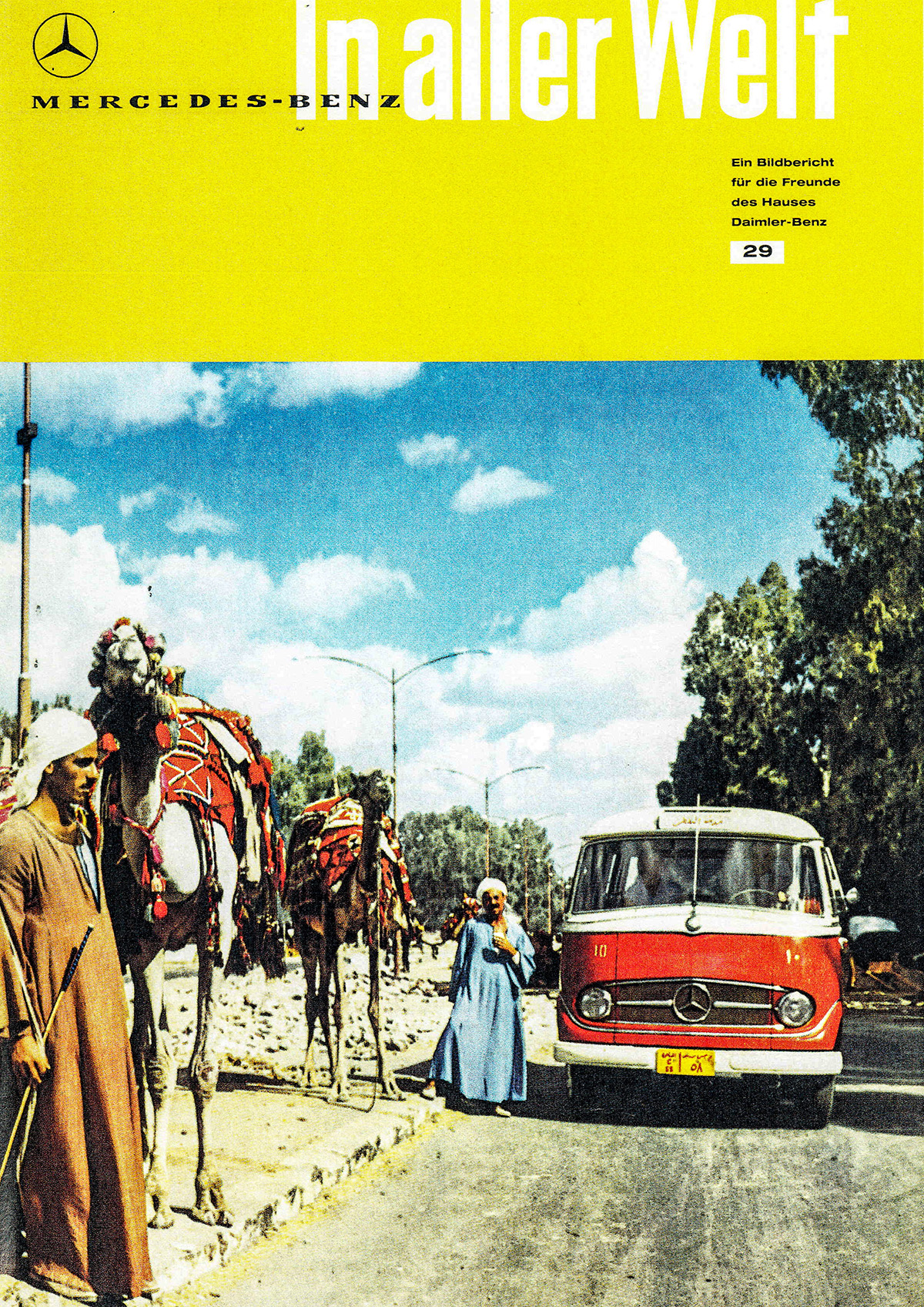 This approach was highly successful. Showcasing Mercedes-Benz vehicles in exotic locales created an emotional connection with readers and continued to build on the aspirational nature of the brand. Of course, this strategy also highlighted Mercedes-Benz as a truly global player.

The publication continued to evolve over the decades before the title changed to Mercedes Magazine in 1992. The glossy publication featured journalistic articles and high-quality design. By 2009, 3.1 million copies in 38 languages were reaching readers in 113 countries.

A new era for Mercedes me

Last year saw another major shift. The magazine rebranded to Mercedes me, with a focus on the technological and social changes of our time. It has a circulation of 2.4 million in 34 countries. Here in Australia and New Zealand, some 100,000 copies of the magazine reach vehicle owners in both markets.

When Hardie Grant Media was briefed in 2018 on the magazine’s new title, masthead and approach, we immediately assessed how to ensure the publication retained a local flavour while embracing an international outlook. With some subtle design tweaks and a mix of clever and insightful locally produced articles, Mercedes me continues to deliver an unrivalled content experience in print and online to Mercedes-Benz owners in Australia and New Zealand. 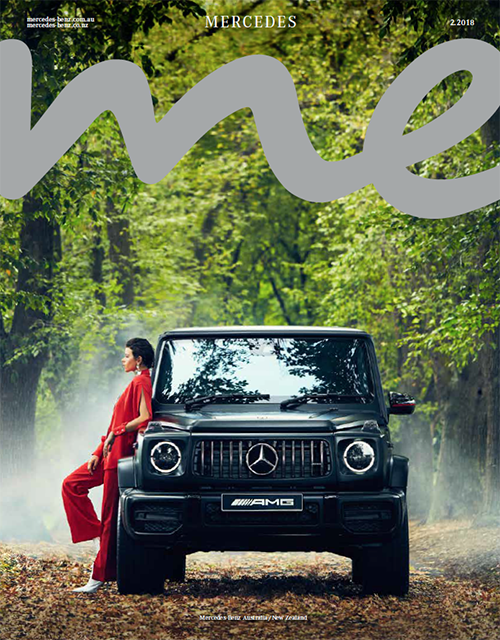 The first new-look cover featured New Zealand supermodel Georgia Fowler in a striking outfit by Australian fashion label Camilla and Marc alongside a Mercedes-AMG G 63. Inside, the magazine delivers leading articles in the areas of technology, innovation and sports, as well as luxury lifestyle stories covering travel, food and wine and more.


Of course, digital channels play a hugely important role in the customer communication strategy of Mercedes-Benz. In addition to Mercedes me being available as an iPad, iPhone and Android app, Mercedes-Benz Owners Online features brand, lifestyle and motoring content for vehicle owners on both sides of the Tasman.

So where next for the custom publishing of Mercedes-Benz? With technological innovation at the heart of everything the brand does, there’s no doubt more evolution is ahead. However, its century-old publishing heritage is testament to the enduring nature of content.